| Prev  Next
Prev
Next

51 yo Male has NeoGraft Hair Transplant and PRP for thinning hair in Phoenix, AZ 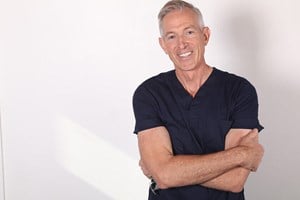 51 yo Male in Phoenix, AZ was concerned about thinning hair at the front and sides of his head. He also had thinning hair/hair loss at the crown of his head. The patient's primary concern was the front and side density and recessed hairline in these areas. So Dr. Ryan Krch N.M.D and his Team in Phoenix, AZ grafted hair into these areas to bring back a very thick density and a lower natural hairline. The patient is finishing up his PRP series which helps grow new hair. He responded very nicely to the PRP as shown in the pictures from above. We don't expect significant additional hair loss but was offered to try a finasteride trial. Finasteride helps reduce the hair loss effect of male hormones and will preserve this patient's existing hair and his newly placed hair follicles. This patient was very satisfied with the results of his NeoGraft transplant and the series of PRP treatments he received from krch Aesthetic Medicine. The patient previously had a more invasive strip method of hair restoration done over a decade ago. The patient was happy with the quicker recovery, procedure comfort, and the final result in comparison to his prior strip method.
More

51-year-old male patient with thinning hair at the front, sides and the crown and receding hairlines at the front and sides. 6 months after the procedure is typically when we see a good indication of what the final result will look like. Max results can be seen in 6 months but can take as long as 9-12 months. This varies based on how quickly the patient's hair grows. This patient was treated with both NeoGraft and PRP hair therapy. More

We at krch Med Spa like to under-promise and over-deliver.  We are not always sure what the impact of the PRP treatments will be.  We include PRP with almost all of our NeoGraft hair transplants to avoid shock loss.  Shock loss is the temporary loss of hair in the area immediately adjacent to the newly implanted follicle.  The surrounding hair grows back but we are noticing 0 to very minimal shock loss since we added the PRP adjunctive therapy.

We are also noticing a higher viability rate.  The viability rate is the number of hair follicles that thrive.  If we harvest 1000 follicles, we want 1000 follicles to survive and grow.  However, the industry standard is about 85%.  In other words, if we harvested 1000 follicles we use to see about 850 survive. We are currently seeing a viability rate of closer to 100%.  We do 1 of the 3-5 PRP treatments about 2 weeks before your procedure. This increases scalp health so it is in a better condition to receive the new follicles.  This is exciting for us and for our patients who want to see the maximum return for their investment.

*All information subject to change. Images may contain models. Individual results are not guaranteed and may vary.